Yesterday I had lunch with a friend who urged me to write about my recent nine day trip to Broken Hill and the Flinders Ranges. This time last week I was returning to Sydney on the Broken Hill Explorer train after visiting the 'silver city', along with the Flinders Ranges and a couple of South Australian towns including Peterborough and Quorn.

I was without my travelling companion on the return journey. One 14 hour rail journey is enough for most people and he took a flight from Broken Hill to Sydney. But I'm a self-confessed train nerd and was more than happy to travel back on the weekly NSW passenger train that was removed from service a few decades ago and then reinstated after pressure from a local politician. 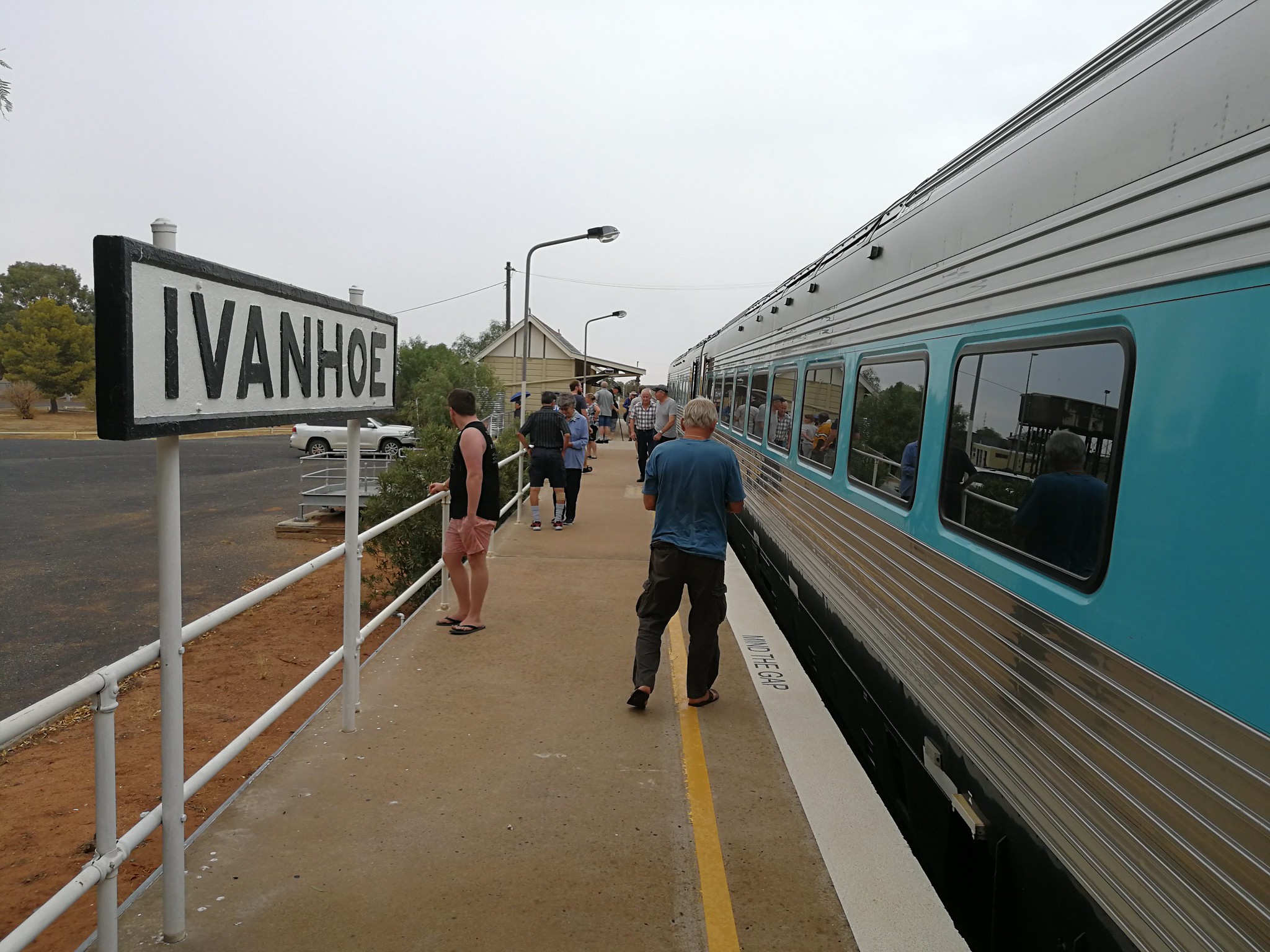 Long distance country trains can't compete with the airlines, and this one wasn't very full. I'd long been anxious to take the journey before the route is cancelled again. It beats the Indian Pacific to the extent that you get to travel across NSW during daylight hours and can witness the slow transition from Sydney's urban sprawl through the Blue Mountains and fertile farm lands to the sparse desert vegetation of the state's west. Gazing at the landscape through a train window is my idea of meditation.

Railways had been the economic lifeline of most of the towns we visited, and their decline accompanied economic stagnation. Rural industries have their good and bad years and this year the local communities are suffering hardship from the drought. Broken Hill was an Australian mining town like no other but there is no longer activity in that sector.

Everywhere there are signs of past prosperity. The city is struggling to reinvent itself through art and tourism and solar power generation. I remember noting in the 1970s that the city's population was a shade over 30,000, 3000 more than that of Albury, where I was growing up. Now Broken Hill's population is around 17,000 and Albury's approaching 60,000. There are a few bright spots such as the Living Desert Sculptures and the annual Broken Heel Festival in September, which celebrates the theatrical anniversary of Priscilla Queen of the Desert.

If Broken Hill is on a long trajectory towards becoming a ghost town, nearby Silverton trades on being just that. With a population of just 50, it has been rescued from obscurity by the film and TV industry, which regularly uses the town and its surrounds for sets. We drove past the Mad Max Museum and the Silverton Hotel, which has featured in more than a dozen productions. 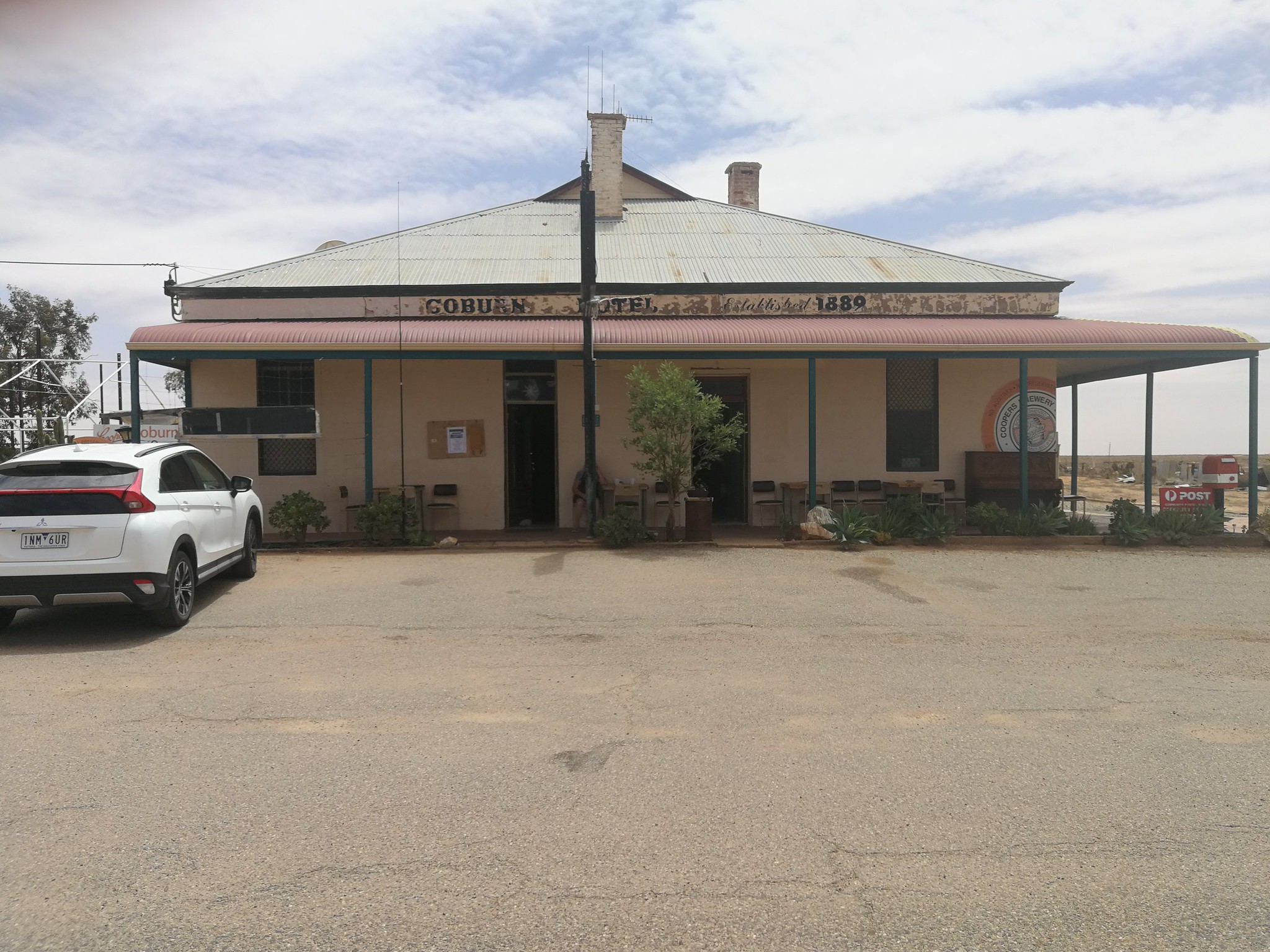 Our favourite ghost town was the once bustling South Australian border town of Cockburn, which has a population of 56. We stopped for lunch at the Coburn Hotel (above), which was recently saved from closure by residents, who take it in turns to volunteer to staff it. The president of the Progress Association Iris Williams proudly showed us around the hotel, which offers drinks, toasted sandwiches and simple accommodation. The following day, my guide at Peterborough's Steamtown heritage rail museum told me that he had been stationed at Cockburn when it was an important railway town.

Once one of Australia's most important rail hubs, Peterborough itself is just as quiet a working railway town as Cockburn. I walked the length of the abandoned railway platform, which is now covered in bird droppings. We had breakfast at the Duck Duck Goose Cafe, where the owner Matt told us about the cheap property prices and that he had not looked back since relocating from Newtown in Sydney. We told him that we too are from Newtown and he knew exactly how far we'd come culturally.