I’m a few days into my week in Tbilisi, the capital of the former Soviet Georgian republic. With its picturesque architecture and natural surrounds, as well as a lively cultural and gastronomic buzz, it seems set to become a tourist hotspot some time in the near future. 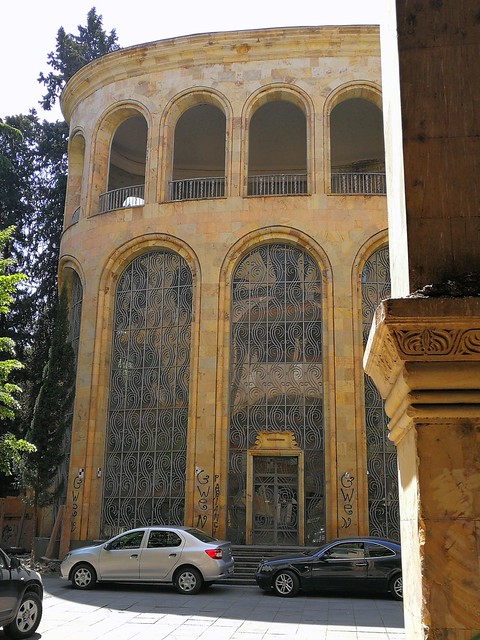 One of Georgia’s claims to fame is the invention of wine some 6000 years ago. A wine geek friend told me that it is a wine geek’s paradise and to look out for the orange coloured white wine made using the traditional Georgian method that retains the skins and stems of the grapes.

I found it in a wine and cheese shop in a back street, where the owner told me he makes his own and is particularly ‘proud’ of the cheeses he also makes.

I’ve noticed the Georgians seem very proud of their culture and history. But it’s obvious that this is not to be admired in every instance.

Yesterday I took a one hour train trip to the town of Gori, which is the birthplace of the feared and discredited Soviet dictator Joseph Stalin. 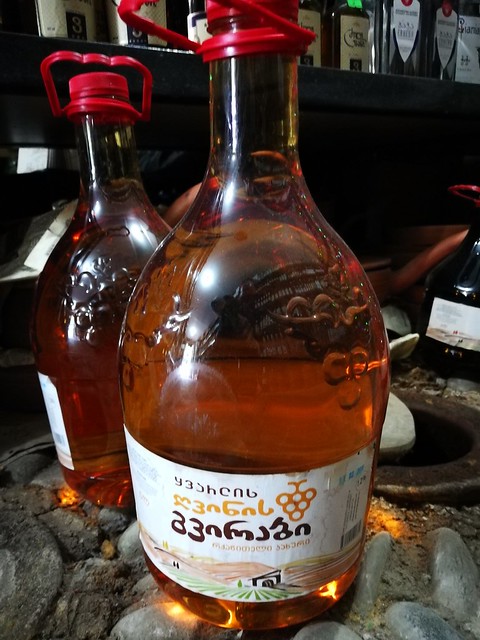 Locals are still proud of him, although they did remove his statue from the main square in 2010. However two years later, the municipal assembly voted against changing the one-sided pro-Stalin perspective of the Joseph Stalin Museum.

A banner with these words had been placed at the entrance: ‘This museum is a falsification of history. It is a typical example of Soviet propaganda and it attempts to legitimise the bloodiest regime in history’. The banner was subsequently removed.

Gori – and its main street that is still named ‘Stalin Street’ – has a noticeably ‘Soviet’ feel to it when compared with Tbilisi.

The woman at Gori railway station sternly refused to sell me a ticket to return to Tbilisi because I couldn’t produce my passport. At Tbilisi station, the woman selling tickets had asked for my passport but bent the rule, obviously imbued with a western-style customer service imperative.

In Tbilisi the pro-west hero of the 2003 Rose Revolution, President Mikheil Saakashvili, showed his enthusiasm for Western institutions and politicians by renaming the road from the airport George W. Bush Avenue. 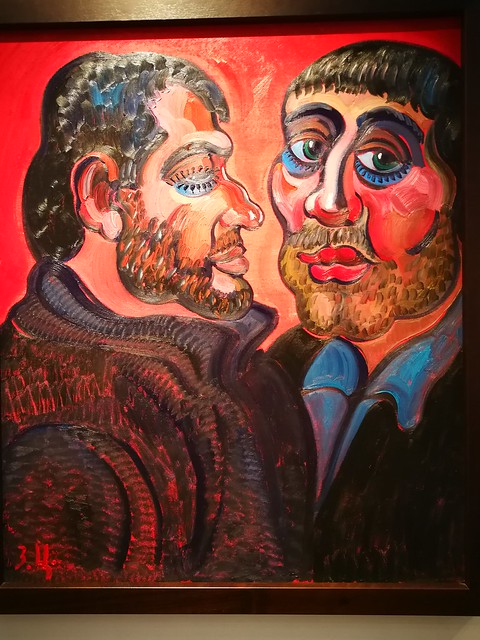 But Saakashvili is gone and the works in the Zurab Tsereteli retrospective currently on display in the  Museum of Modern Art could be seen as a cultural bridge between Russia and the west.

In some ways his ‘monumental’ style reminded me of some of the art I'd seen earlier in the day at the Stalin Museum. It has the bright colours and distorted perspective of Russian folk art in combination with influences of the avant-garde of 20th century Europe.

With the current lack of any political bridge between Russia and the West, at least there’s some consolation in seeing a cultural bridge in Tsereteli’s art, and also in the general ambience of Tbilisi.