After a week in Mauritius, I arrived in Rodrigues with my Australian-Mauritian friend. Rodrigues is a small Indian Ocean island with a population of around 40,000.

It is part of Mauritius, though some distance away. Further than the island of Réunion, which is culturally close to Mauritius and Rodrigues but a Department of France.

Rodrigues has a distinctive relationship with Mauritius. I realised this when we had to go through passport control when leaving the island of Mauritius and arriving on the island of Rodrigues, as if it was a different country.

There is an autonomous Regional Assembly that makes at least some of its own laws. Most notable for us was the ban on plastic bags that doesn't exist on the island of Mauritius.

We were instructed to surrender all plastic bags upon arrival at the airport. An unusual pleasure, though a few hours later we were disappointed to see plastic bottles on the beach. 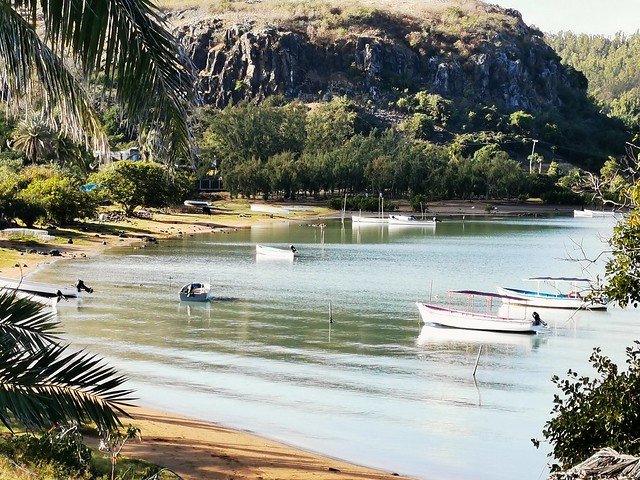 Rodrigues' ethnic makeup is different to that of Mauritius, with a mainly Creole population of African origin and very few Hindus and Muslims. It seems dry and barren compared to Mauritius. Water is obviously very precious, with low pressure and interruptions to the supply.

However that is part of the simplicity of the experience. We're staying in the Oasis Vacances guest house in the isolated location of Point Diable. It feels like a two star hotel, but it's clean, and that's my preference.

Upon arrival the biggest challenge for me was the tranquillity, which provides quite a contrast to the vibrance of Mauritius.

I can't recall ever having stayed on a small island before, and it seemed there was nothing to do. But that, I realised, was the point. 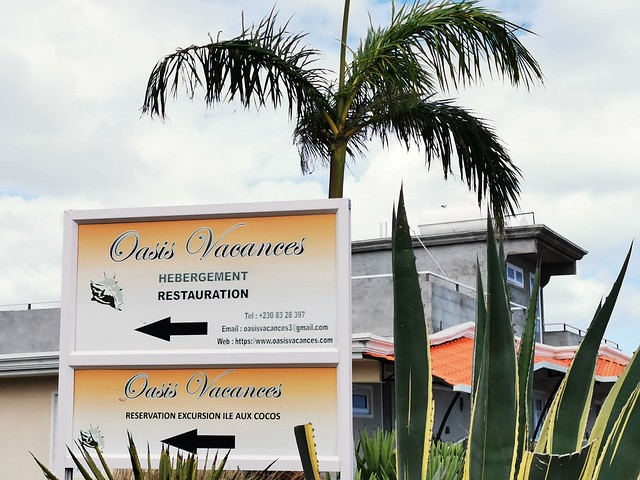 Like many people, I'm oriented towards doing things, and indeed that is how I filled my week in Mauritius.

But here time is passed looking out at the ocean and reading, while sitting around at the guest house. Apart from a few roosters crowing, there are few sounds.

Yesterday I was apprehensive about how I'd fill the two and a half days, thinking that is was closer to a religious retreat than anything else I'd experienced. But now I'm feeling it's something I could get to like.