These days I enjoy reconnecting with my media rich childhood in Albury-Wodonga, by reading the Border Mail newspaper online and watching the Prime7 local TV news.
Yesterday’s paper included an obituary for Olgamary Savage (née Whelan), who was the first on air presenter at the TV station then known as AMV4.
AMV4 commenced in 1964, when I was four years old. However my family did not purchase a TV set until 1966, I think because our mother wanted us to become devoted to reading rather than television. In my first year at school (1965), I was the only kid in my class whose family did not have a TV. It was clear to me that my mother was quite proud of that particular instance of child neglect. 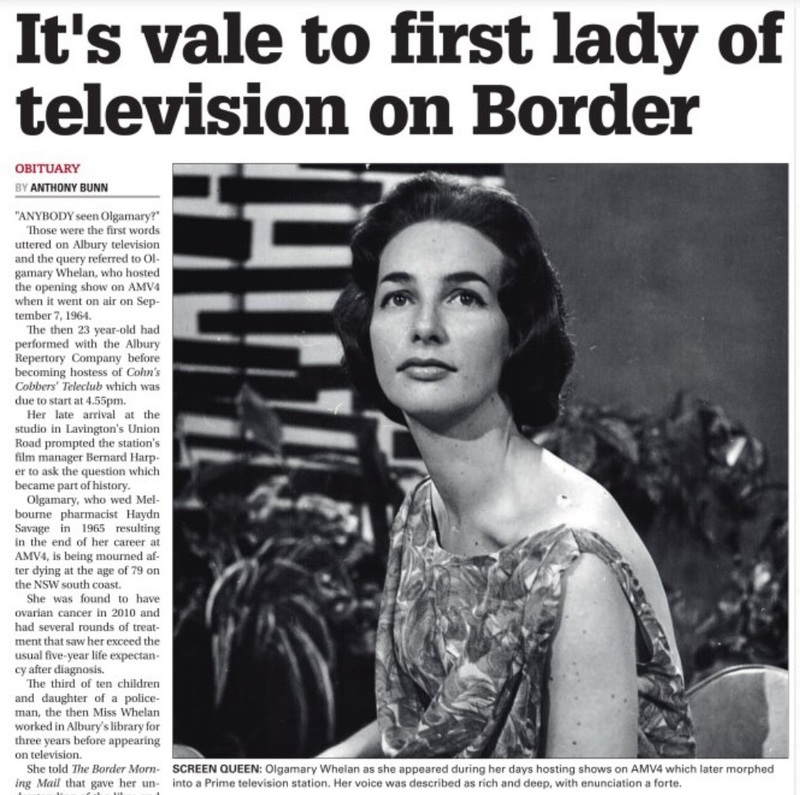 I never saw Olgamary on AMV4 because she got married and ended her mainstream career in 1965, before my family had TV. But I did know her as a colleague in the mid 1980s, when she was an interviewer and I was the production assistant on the Catholic Church’s niche current affairs program Sunday Magazine. We were given facilities and airtime on Channel 7 in Melbourne as part of their licensing agreement with the Federal Government.
Olgamary's life resonates with mine to the extent that it embraced both popular media culture and a keen sense of social justice and - importantly - an ongoing attempt to connect the two. This was the focus of Sunday Magazine, and also her political involvement on the NSW South Coast later in life.
Reconciling popular culture with social justice was also on my mind yesterday after reading a Q&A in yesterday’s Sydney Morning Herald Spectrum supplement. It featured the perspective of 23 year old Greek-Australian popular culture archivist Michael Alexandratos, who has just released an audio compilation titled Before the Boomerang Came Back - Musical Aboriginalia (1949-1962). 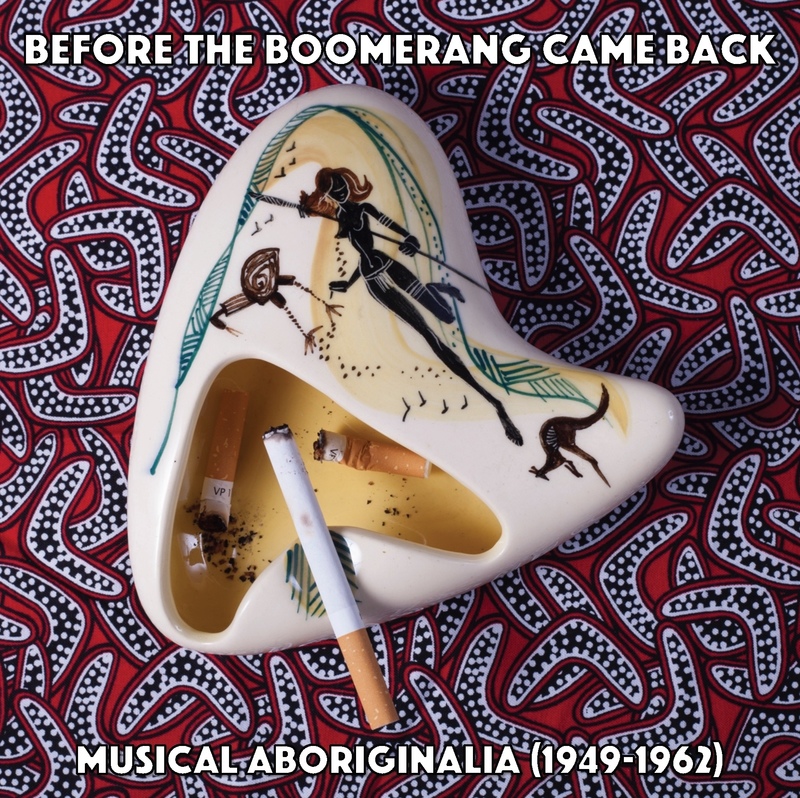 The collection contains mostly kitsch appropriations of Aboriginal culture by white artists. I was listening to it on Spotify, and reading his fascinating academic paper on cultural appropriation, at the end of a week that saw continuing Black Lives Matter protests and streaming services banning content that includes blackface and other representations deemed to be offensive.
The paper, which is published on his blog Amnesiac Archive, refers to ABC Radio's 2015 banning of My Boomerang Won’t Come Back, a 1961 recording by English comedian Charlie Drake. Alexandratos argues: 'Although it may be an embarrassing legacy for some, it is also an important resource that Indigenous creatives and musicians can use to resist, re-purpose and de-colonise – on their own terms.’
He cites La Trobe University academic Liz Conor’s 2018 article in The Conversation - ‘The politics of Aboriginal kitsch’ - which savages cultural appropriation. He then quotes Wiradjuri elder Kerry Reed-Gilbert’s reaction to Conor: ‘She [Conor] attempts to convince Aboriginal people and others to think the same way that she does that we shouldn’t like Aboriginalia or have anything to do with it. How dare she!'
Obviously Conor was following the instincts of her own academic culture. She later updated her original article to say that she was ‘mortified’ that her attempt at respect turned out to be insulting.
That is a trap I’m sure I’ve fallen into more than once, and it is unwitting prejudice. I’m moved by the approach of former colleague Catherine Marshall, a travel writer whose adventures have schooled her in relating to cultures other than her own. A few days ago she published an article titled ‘How travel has changed me’ in the women’s travel magazine Travel Play Live.
Describing ‘[her own] face glow[ing] like a ghostly lightbulb amidst this communal flow of brown-skinned people’, Marshall sees herself as 'an obvious interloper … forced to adjust the viewfinder, to refocus as the telescope’s prisms invert the known world and subvert [her] place in it’.
Perhaps that’s how I felt as the only kid in a class of five year olds whose family didn’t own a TV.